Plant a tree in memory of Willis
An environmentally-friendly option 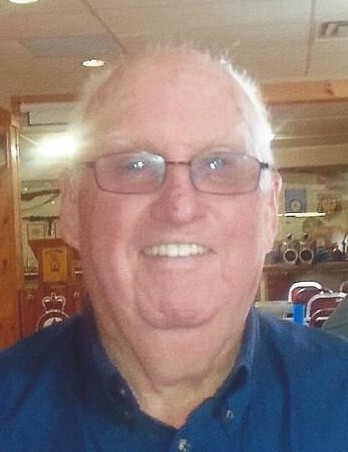 Willis Earl Potter passed away at Headwaters Health Care Centre in Orangeville on March 22nd, 2021 at the age of 88.  Son of the late Ivan and Etta (Tindale) Potter, Willis was born on October 3rd, 1932 on the home farm, known as The Potter Homestead, located on the 8th line in Amaranth Township, Dufferin County.  He is predeceased by his sister Lila Lane (2001) and his infant son Leonard Steven (1961).  Willis is survived by his son, Michael Earl Potter, his sister, Lorna (Harold) Pratt and his brother Donald (Jeanette).    Uncle of Deborah Judge, Richard Lane (deceased), Barry Lane, and George Lane (deceased); Sheila Pratt, Heather (Pratt) Penrose, Gary Pratt, and Stephen Pratt; Donalee Potter and Dale Potter.

Willis attended Bowling Green Elementary Public School and completed Grade 9 at Laurel Continuation School.   He left school to work on the home farm from 1947 until 1954. He later worked at Canada Wire and Cable in the mid fifties.  Upon the death of his father in 1961, Willis bought the home farm and farmed until 1974 when he sold to the Bergers.  Having severed 50 acres off the home farm on the 8th line, he built a house and barn and farmed until 2002.  During this time he also worked for Canadian Westinghouse Company in Orangeville for a few years.  After retiring from this farm in 2002, he moved to Listowel until August, 2011 when he again sold his home and moved to Shelburne where he resided until his death.  Willis loved living in Shelburne where he had a very active social life and many friends.  He so enjoyed playing euchre with his friends and visiting with his comrades at the Shelburne Legion enjoying their many activities, and going to crib and euchre tournaments.   Willis has been a staunch member for many years and we thank the Legion for all they have done for him during these past few years.  Willis, at the age of 22, joined the Lorne Scots in November, 1953, as a Pte., his specialty as rifleman.  He served in the Reserve Force of the Canadian Army Militia from March 22, 1960, completing his annual training each year until his release in 1965.

The family would like to thank all those who have generously brought him food during these past few months and those who have been able to visit him during this past pandemic year.  Willis missed his social activities with friends and family.

Respecting his wishes, cremation has already taken place with a Celebration of Life planned to take place at The Shelburne Legion when Covid-19 restrictions are lifted.

In memory of Willis, donations may be made to the Royal Canadian Legion Branch 220, Shelburne.

Plant a tree in memory of Willis by clicking here.
To send flowers to Willis' family, please visit our floral store.

A service summary is not available

Plant a tree in memory of Willis
An environmentally-friendly option

Plant a tree in memory of Willis

2 trees planted in memory of Willis

With loving memories of Uncle Willis.
Heather and Kevin Penrose

A Memorial Tree was ordered in memory of Willis Earl Potter by Heather and Kevin Penrose .  Plant a Tree

A Memorial Tree was planted for Willis Earl Potter

We are deeply sorry for your loss ~ the staff at Simes Funeral Home Ltd.
Join in honoring their life - plant a memorial tree

Plant a tree in memory of Willis